Coming off a record-breaking junior season, Fowler has lofty goals for his final prep track and field campaign at Joplin High School.

Simply put, the standout jumper and University of Oklahoma signee hopes to leave his mark not only on the JHS program but also on the state record books.

“I’ve put in more work this offseason than I ever have before,” Fowler said after Tuesday’s practice. “This year I’m really trying to set my name in stone as far as the Joplin record books.”

In 2021, Fowler put together a breakthrough junior season. It was one that saw him set school records in his signature events, the long jump and triple jump.

At last spring’s Central Ozark Conference Meet, Fowler won the long jump and was the runner-up in the triple jump. Fowler then captured district and sectional championships in both of his events.

“I would describe my junior year as my revenge season because I didn’t get to have a sophomore season (because of COVID),” Fowler said. “Last year, I wanted to prove why I’m ranked as highly as I am.”

Fowler was also a state-qualifier in the 200-meter dash and with Joplin’s 4×100-meter relay team.

“I definitely feel like I could have done better at state,” Fowler said of his podium positions. “It was windy, cold and pouring down rain, but I still managed to do pretty well.”

As a way to hone his skills while also preparing for the spring, Fowler competed in five indoor meets this winter, earning four golds and one silver in his events.

Entering the outdoor track season, Fowler is the state of Missouri’s top returning performer in both the long jump (23-10.25) and the triple jump (49-11.75).

Of course, both marks are school records. Fowler is highly-ranked nationally in both events, as well.

According to Milesplit USA, Fowler owns the top combined long jump and triple jump mark in the nation.

“I try not to think about that too much,” Fowler said of state and national rankings. “I put those kinds of things to the side and just worry about what I’m doing during every meet and how far I’m jumping.”

Fowler was listed by MileSplit as one of the nation’s top-50 recruits for the Class of 2022. Fowler’s talents have already secured a full-ride scholarship to Oklahoma.

With that decision behind him, Fowler can solely focus on competing and perfecting his technique.

“It definitely helps me relax knowing I don’t have all this pressure on me about where I’m going to commit,” Fowler said. “During my meets this spring I’m going to be wearing my OU headband so everyone knows I’m committed to OU.”

Of course, before he heads to the collegiate level, Fowler still has plenty of work to do and several goals to reach.

For starters, Fowler said he hopes to jump 51 feet in the triple jump and leap 24 feet in the long jump.

Fowler added his goals include helping his teammates achieve success.

“Originally, my goals for my senior year were to win state championships in the triple jump and the long jump,” Fowler said. “My goals changed once the season started. I’m now mentally focusing on coaching the younger people on our team so they can have a better chance at success. I really want to help the freshmen improve. I think if I would have had a mentor my freshman year I’d be at a higher level than I am now. I wasn’t always good at track. I’ve made a lot of progress.”

Now under the direction of head coach Nick Reid, the JHS track teams will begin the season at the Carthage Invitational on March 31.

As the first meet of his senior season approaches, Fowler hopes to cement his place as one of the program’s all-time greats. Securing plenty of hardware and accolades this spring can make that lofty goal a reality.

“I’m definitely striving for Missouri Gatorade Track and Field Player of the Year,” Fowler said. “Johnny Brackins won it last year and I think I have a good shot at it this year. The perfect ending for me would be placing first and winning comfortably in both long jump and triple jump at state. I think I can do it.” 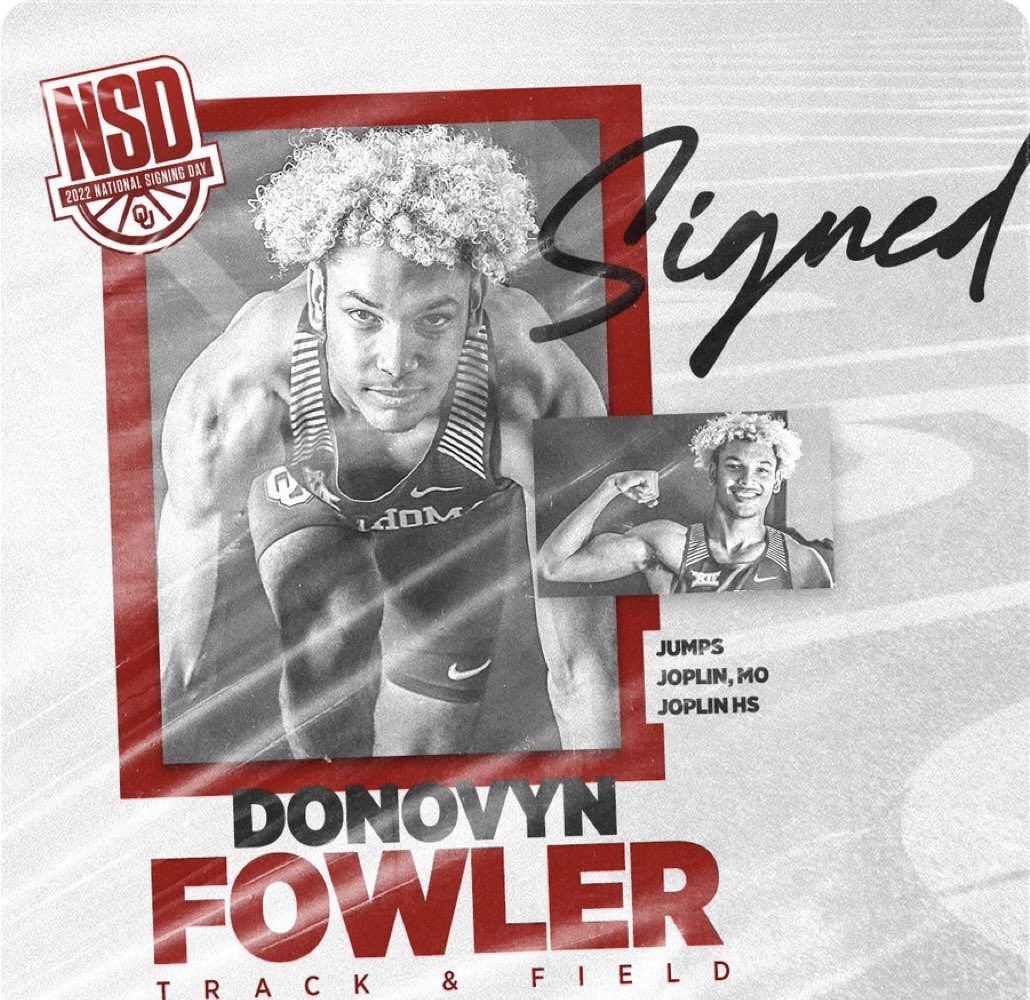 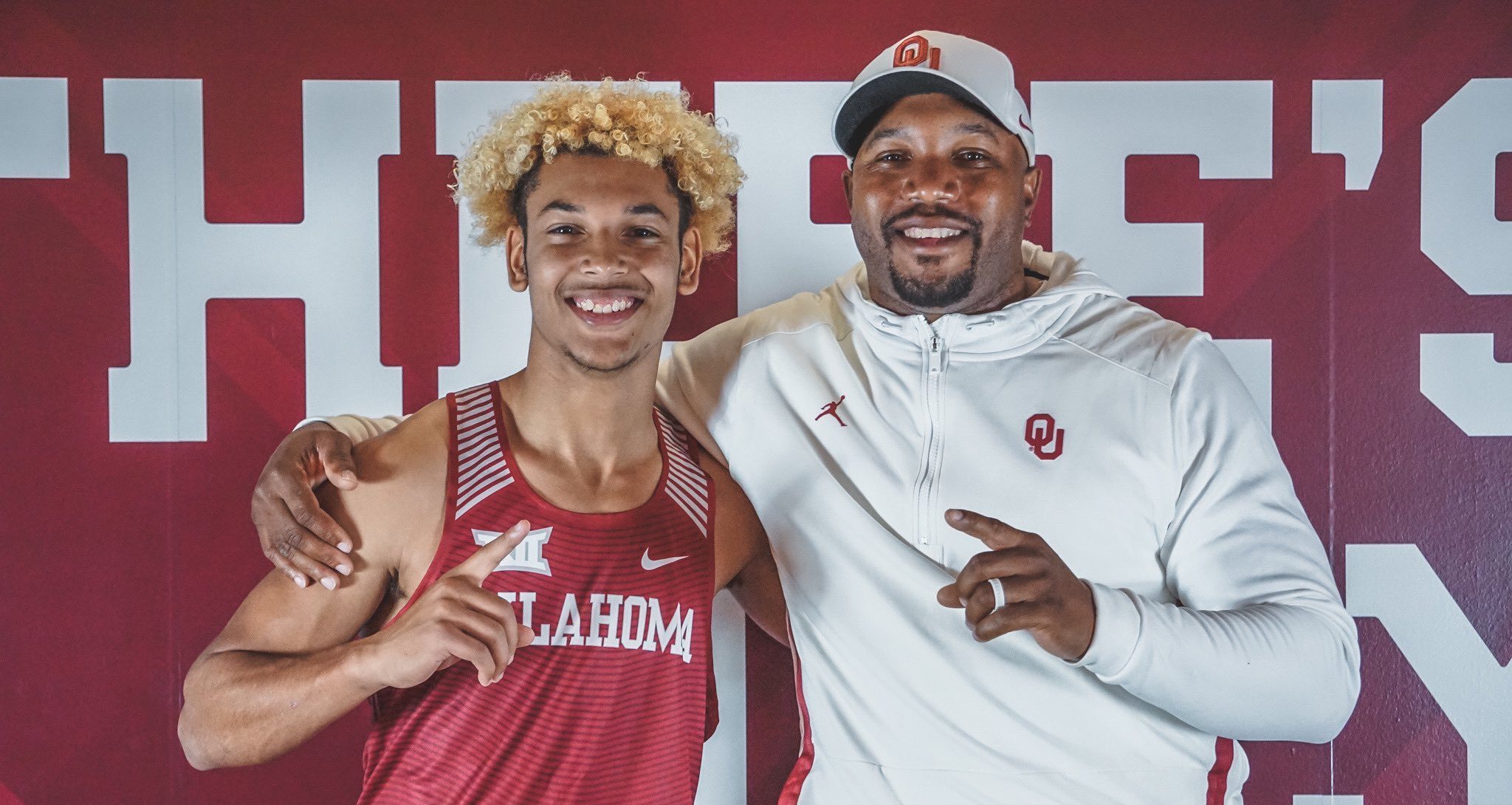