SPRINGFIELD, Mo. — Thomas Jefferson’s Ian Ding advanced to the semifinals of the singles bracket at the MSHSAA Class 2 state boys tennis tournament on Thursday at the Cooper Tennis Complex.

Ding was one of five local athletes competing, with three players from Thomas Jefferson Independent and two from Webb City.

All of the local entries survived and advanced the double elimination format on Thursday and will compete again on Friday.

In the Class 2 singles bracket, Ding went 2-0 and advanced to Friday’s semifinals.

A junior, Ding will meet Ladue’s Max Chen in Friday’s semifinal round.

In the first round, the Cavaliers suffered a 6-1, 6-0 loss to Priory’s Sean Finnie and Christian Djavaherian.

In the consolation quarterfinals, in a win or go home situation, Hamlett-Brouhard beat Helias Catholic’s Justin Francka and Andrew Dowden 6-3, 6-2.

Hamlett and Brouhard will take on Grain Valley’s Carter Compton-Kade Compton on Friday morning in the consolation semifinals.

Webb City’s doubles team of Trenton Hayes and Cale Stephens went 2-1 and will return to compete again on Friday.

The Cardinals’ senior duo stayed alive in the bracket by earning a 6-0, 6-0 win over Farmington’s Colton Woody and Maddox Waller-Brenneke in consolation action. 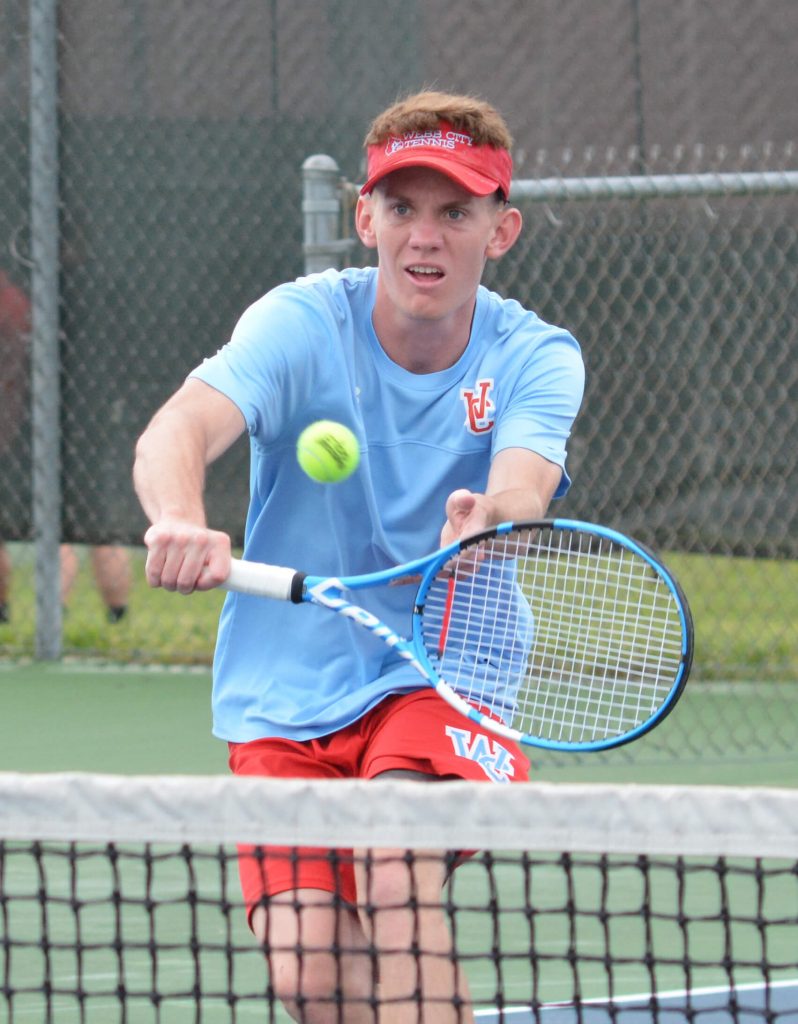 Webb City’s Trenton Hayes hits a volley at the net during a doubles match against Kearney at the Class 2 state tennis tournament. Photo by Jason Peake. 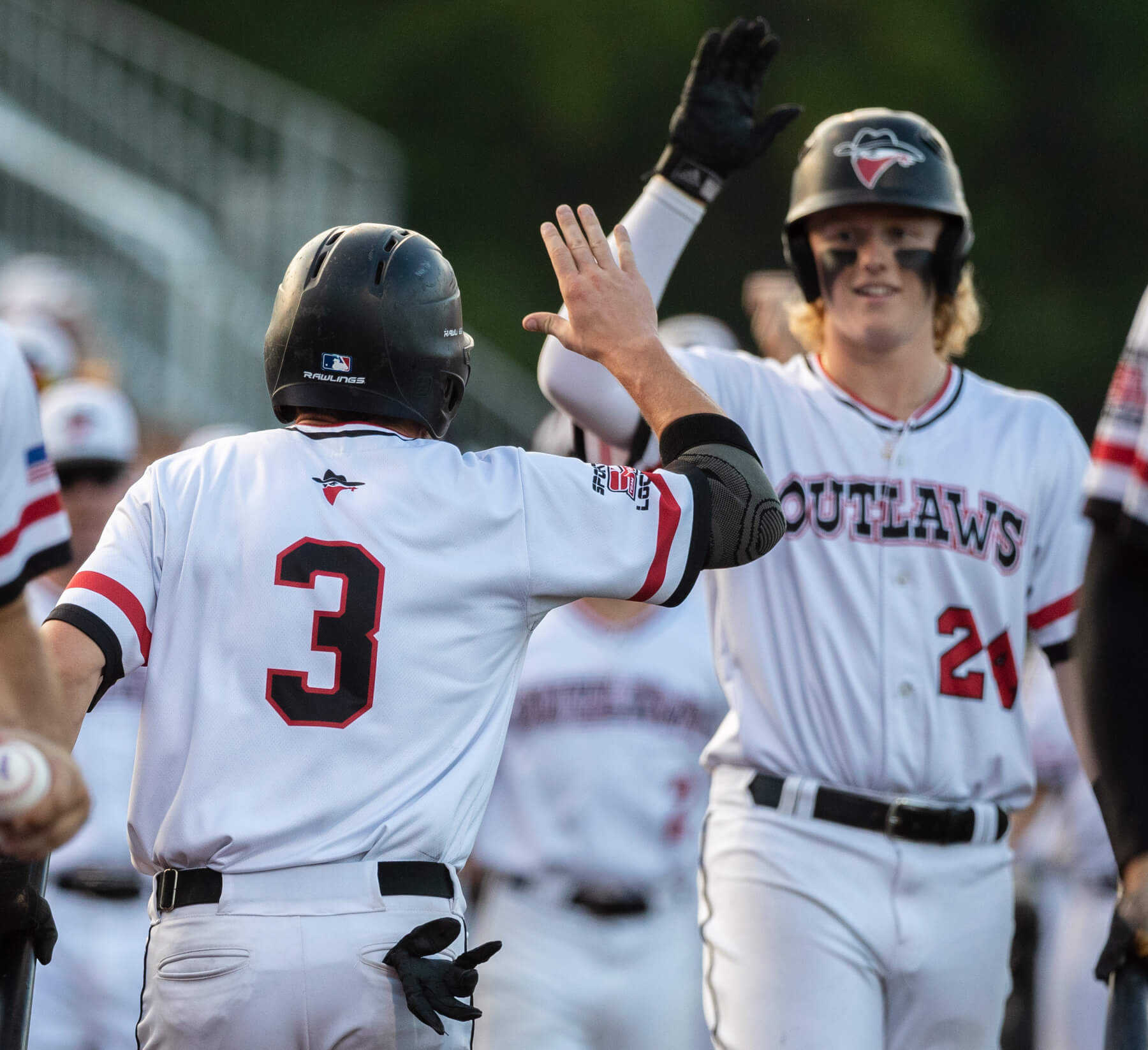