A late comeback fell short and Webb City suffered a 41-27 loss at Nixa on Friday night in a Central Ozark Conference clash at Eagle Stadium.

After trailing by 16 early in the second half, the Cardinals kept coming. In fact, the visitors had a chance to tie the game late in the fourth quarter.

But it wasn’t meant to be, as an ill-timed turnover halted the comeback attempt before the hosts added a late score for the final margin.

“Nobody likes to lose…but I’m so proud of our kids,” Webb City coach John Roderique said in a postgame interview with KNEO radio. “They never gave up and never quit. We got a turnover and we were driving to tie the game up potentially. I’m very proud of our guys. Nixa is a very good football team. We’ll get better from this game. We just didn’t have enough tonight.”

Ranked fourth in Class 5 by the Missouri Media, Webb City fell to 4-3. Ranked sixth in Class 6, Nixa improved to 6-1. It was Nixa’s first-ever win over Webb City in football.

The Cardinals never held the lead, as the Eagles were up 14-12 at the half and 28-20 entering the final frame.

After Webb City went three and out to start the night, Nixa took a 7-0 lead with 4:49 left in the first quarter when Connor Knatcal connected with Kael Combs on an 8-yard touchdown strike.

Webb City had a great opportunity to score early in the second quarter, but the Cardinals were stopped on the 5-yard line on a fourth down play.

After forcing a Nixa punt, the Cardinals broke through with 4:56 in the second quarter, as Omari Jackson charged into the end zone from 2 yards out to cap a 61-yard drive.

The kick was blocked, however, keeping the hosts up 7-6.

The Eagles answered on the next series, as Combs hauled in a 13-yard TD reception with 1:07 to finish off an 80-yard drive.

Webb City responded in a big way just before intermission, as speedy junior Dante Washington returned the kick 76 yards to get the visitors within striking distance with just under a minute remaining in the half.

Nixa went up 28-12 in the third quarter after a pair of touchdown runs by Jaden Aven. The second TD was set up by a 34-yard pass to Combs.

Facing third down and 15, Nixa pulled off a 59-yard touchdown pass to Jordyn Turner with 10:11 left, giving the Eagles a 34-20 advantage.

The Cardinals pulled within seven when Cade Wilson scored on a 10-yard run and Cooper Crouch converted the PAT kick with 7:28 remaining.

Next, the Webb City defense came up with a key takeaway, as Dupree Jackson grabbed an interception.

But the Cardinals turned the ball over on the ensuing drive, as the Eagles recovered a Webb City fumble with 3:41 left.

The Eagles added a score with just under two minutes to play on a 4-yard run by Aven.

Johnson completed 8 of 16 passes with one TD and one INT. Washington had three catches for 50 yards, while William Hayes hauled in two passes for 42 yards. Cole Cavitt and Kaden Turner also had receptions.

Spencer Ward ran 24 times for 157 yards, while Aven had 10 carries for 101 yards and three touchdowns.

Knatcal completed 12 of 18 passes, with five going to Combs for 85 yards.

For the first time in more than 20 years, the Joplin volleyball program will be competing in the sectional round of the state tournament. On 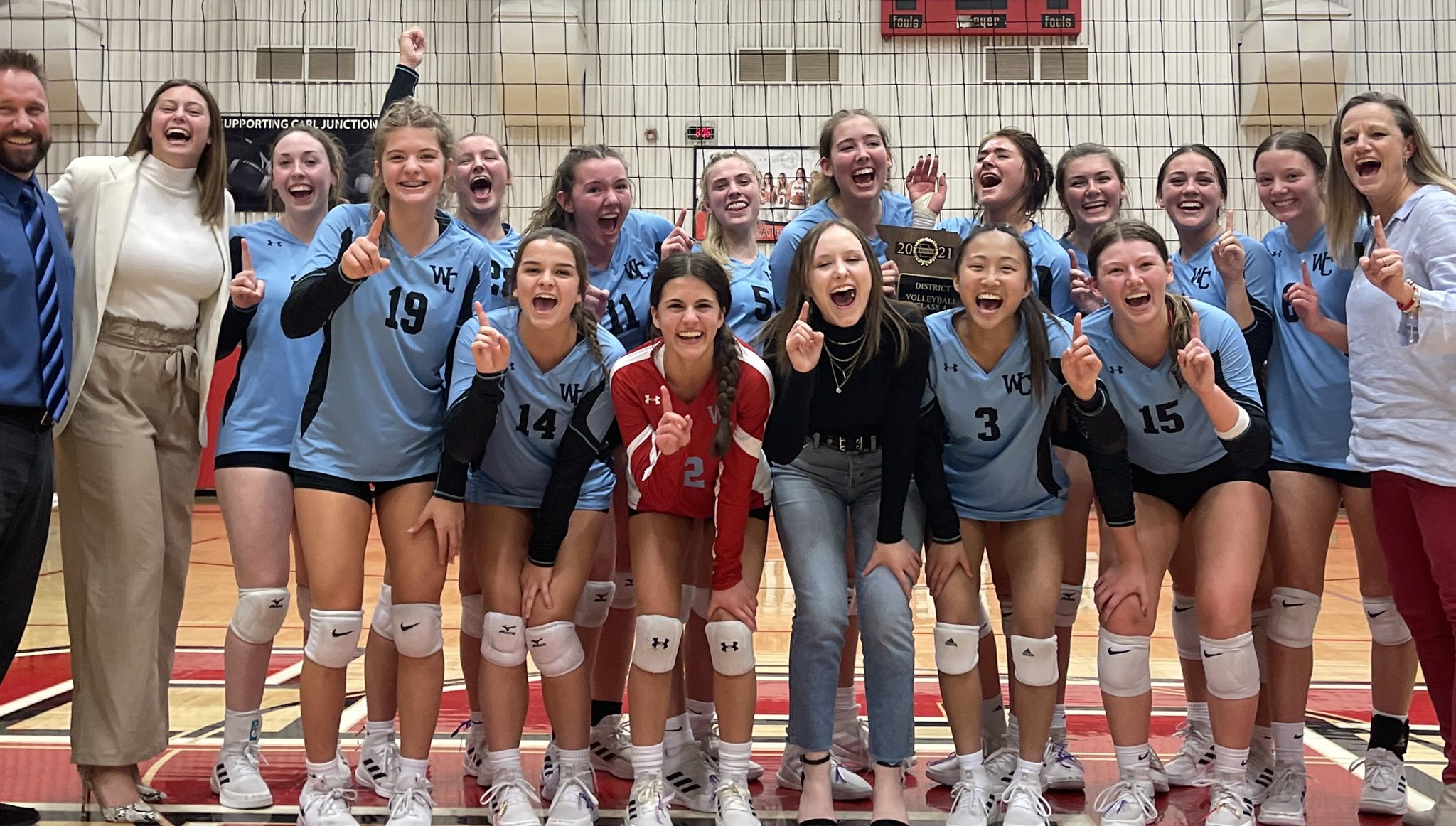 CARL JUNCTION, Mo. — When nearly two and a half hours of intense volleyball concluded, the Webb City Cardinals were the team hoisting a