Edmond Santa Fe built a double-digit lead early in the game and never relinquished it en route to a 52-41 victory over Webb City on Saturday in the annual event’s championship game inside Frontenac High School.

“This game will help us down the road,” Cardinals coach Jason Horn said. “That was a good team we played, so this one will help prepare us for districts. This was good competition for us. I thought our guards did a good job of handling their pressure, so we learned from this game.”

The Cardinals were attempting to repeat as tourney champs, but a lack of offense and foul trouble were too much to overcome, and Santa Fe never trailed in this one. 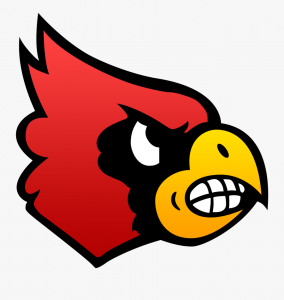 In the first meeting between the schools, the speedy and athletic Wolves from Oklahoma finished the first quarter on a 9-2 run to take a 16-6 lead.

But the Wolves responded with seven straight points to once again go up 10. A 3-pointer from Joe Adams cut Webb City’s halftime deficit to 28-19.

The Wolves doubled up the Cardinals in the third period, 14-7.

While the Cardinals struggled with empty possessions, Santa Fe scored the final eight points of the period to take a 42-26 advantage into the fourth quarter.

Two Webb City starters, Martin and Keith, both fouled out in the final frame.

However, the Cardinals didn’t go down quietly.

Webb City outscored Santa Fe 15-10 over the final eight minutes, and two free throws from Jonah Spieker and a pair of 3-pointers from Barron Duda trimmed the Cardinals’ deficit to 10 with 1:21 to play.

Unfortunately for the Cardinals, the late burst was too little, too late.

“I have to give our kids credit,” Horn said. “They didn’t quit. They kept battling. We kept trying to compete and we played physical.”

Duda and Martin were both named to the all-tourney team.

Webb City will host Hillcrest on Tuesday night in a non-conference clash inside the Cardinal Dome.