NEOSHO, Mo. — The Webb City Cardinals hadn’t forgotten what transpired a year ago.

After falling short in last year’s district title game, the Cardinals left no doubt this time around.

Second-seeded Webb City rolled to a 12-1 win in five innings over fourth-seeded Carl Junction for the Class 5 District 7 championship on Wednesday night at Roy B. Shaver Field.

After falling to Glendale 2-0 in last season’s district title game, the Cardinals admitted they were highly-motivated to be the team celebrating this year.

“Absolutely there was extra motivation,” Webb City senior Jeremiah Leaming said. “We talked about it yesterday in practice. We beat them 14-2 and then we lost 2-0 in the district championship game. We used that as motivation to come out here and get it done.”

“It’s something we’d talked about,” Cardinals coach Flave Darnell added. “We lost to Glendale 2-0 and that stung because we beat them pretty handily during the regular season.”

The Cardinals outscored their opponents 30-1 in this year’s district tourney. Coach Darnell noted his team appears to be peaking at the right time of the season.

“We’ve had our ups and downs during the year,” Darnell said. “We played a lot of really good teams this year. We always want to be as good as we can be in May. We played really good in this tournament. Giving up one run in three games…you’re going to win a lot of games doing that. This was a great team win.”

Webb City (19-15) will travel to the District 8 winner (Platte County or Smithville) on May 28 in the quarterfinal round of the state tournament.

After knocking off top-seeded McDonald County on Monday, the Bulldogs (13-17) were unable to pull off another upset.

“They’re a really good team and they were fortunate to have a lot of good pitching left,” Carl Junction coach Jake Stevenson said. “We knew we were going to be in a battle offensively. The mindset was that we may have to play small ball a little bit. We had to come up with timely hits and play really good on defense. I have to give credit to Webb City. They’re a good team and they hit the ball well and took us out of our game.

“I’m proud of our guys,” Stevenson added. “We put the ball in play and showed some grit. It didn’t go the way we wanted it to, but these guys have so much to be proud of for sure.”

The Cardinals wasted little time in setting the tone for the night, as they plated three runs in the bottom of the first inning.

“We know playoff baseball is a different feel,” Darnell said. “We knew if we could put up a zero and then score some runs in the first it would be big. When you score first, whenever that is, it puts the other team on their heels.”

In the opening frame, Eric Fitch and Cy Darnell singled before Cade Wilson moved the runners over with a sacrifice bunt. After Kenley Hood walked, William Hayes delivered a run-scoring single into left before Leaming added a two-run single to right.

“Eric and Cy have been great table-setters for us all year,” Coach Darnell said. “When they go, we score runs. They went today and it was good to see.”

Drew Massey’s RBI double to left field got the Bulldogs on the board in the third, but Webb City answered with six runs on seven hits in the bottom half to blow the game open.

Leaming and Aidan Brock contributed run-scoring singles before Kaylor Darnell added an RBI groundout. The Cards were far from done. Fitch followed with an RBI single and another run scored on an error. Cy Darnell’s run-scoring single made it 9-1.

Webb City put the game away with three runs in the fourth for a 12-1 advantage.

Hayes singled, Leaming was hit by a pitch and two runs came home on Brock’s liner up the middle before McQuade Eilenstein added a sac fly.

“We preached getting on top of the ball, not trying to do too much and just move runners,” Leaming said. “That won the game for us.”

The game ended after the Bulldogs failed to score in the top of the fifth.

“This is awesome,” said Leaming, who drove in three runs. “We’ve worked so hard this season. It’s been a roller-coaster season. I’m just happy that we won a district championship. This feels great.”

“We always like our chances when Cooper is on the mound,” Darnell said. “We felt confident coming in.”

Eck, Woodruff and Gaige Carson handled the pitching duties for the Bulldogs.

For the fifth time in eight years, Webb City’s baseball program has captured a district championship.

Webb City was in a district championship game for the sixth time in eight years. The Cardinals won three straight district titles from 2015-17, won another title in ’19 and fell to Glendale in last year’s title game. There was no season in ’20 and the Cardinals failed to advance to a district title game in ’18.

Carl Junction was in a district title game for the first time since 2019, when they lost to Monett. Carl Junction last won a district championship in 2016. Of course, Coach Darnell was leading the Bulldogs at that time.

It was Stevenson’s final game as CJ’s head coach. Stevenson is taking an assistant principal position in the Carl Junction school district.

Carl Junction Superintendent Dr. Phillip Cook will be taking over the reins of the CJ baseball program next season.

Stevenson noted he was proud the Bulldogs were able to advance to a district title game.

“It’s a testament to our seniors,” Stevenson said. “There hasn’t been a lot of opportunities since we’ve been in Class 5 to play for a district championship. We came up a game short, but I’m proud of these guys. They’ve been a blast to coach.” 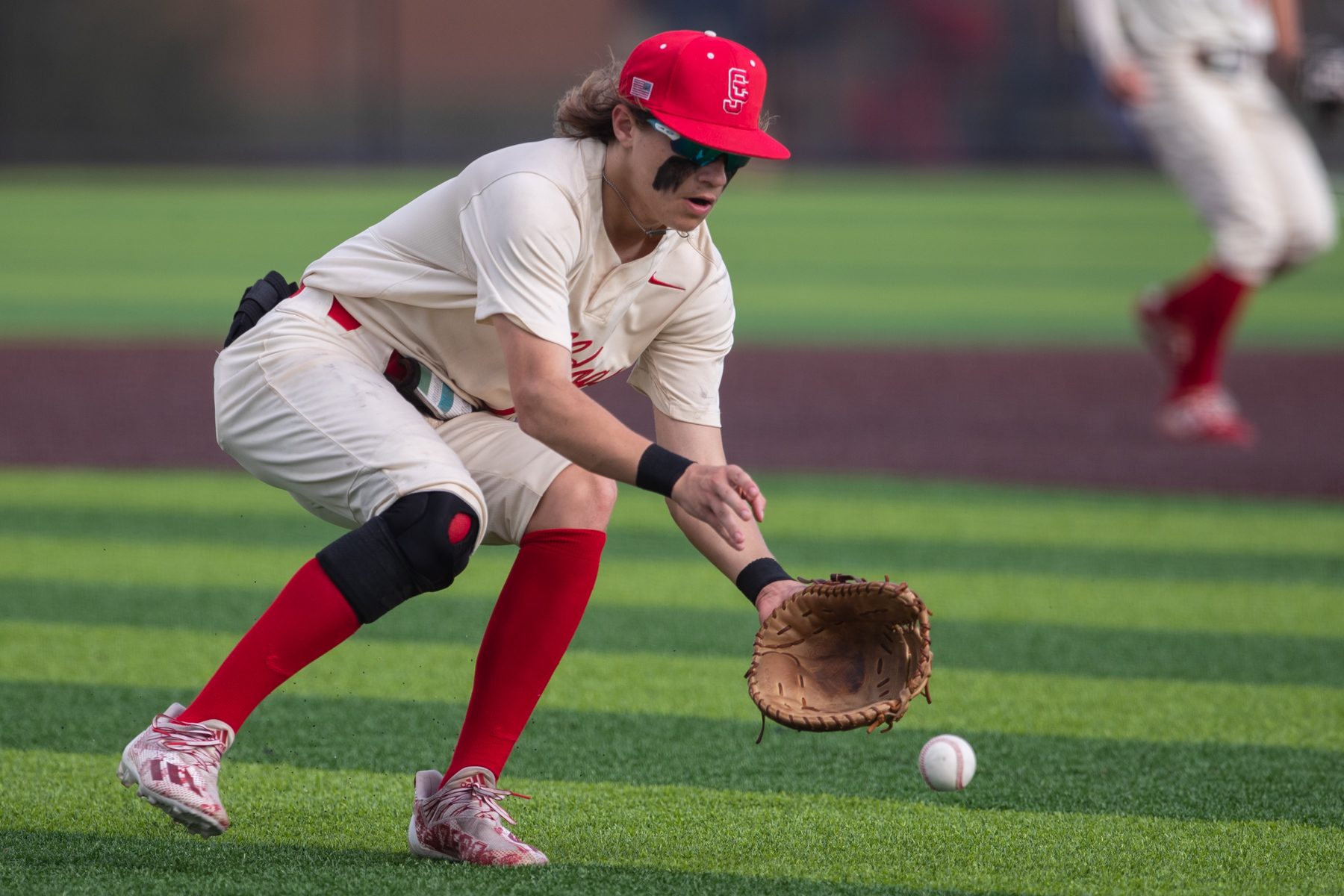 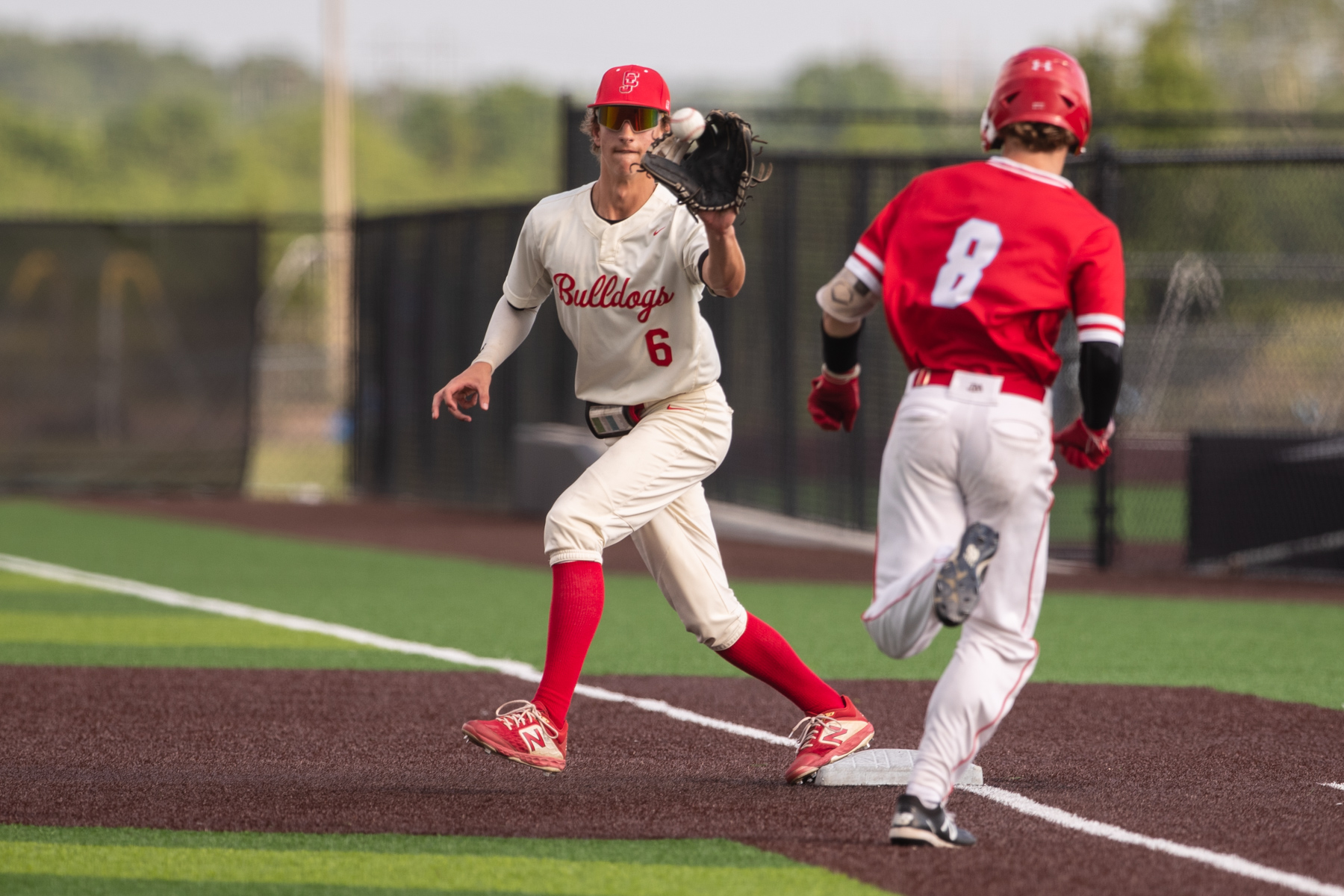 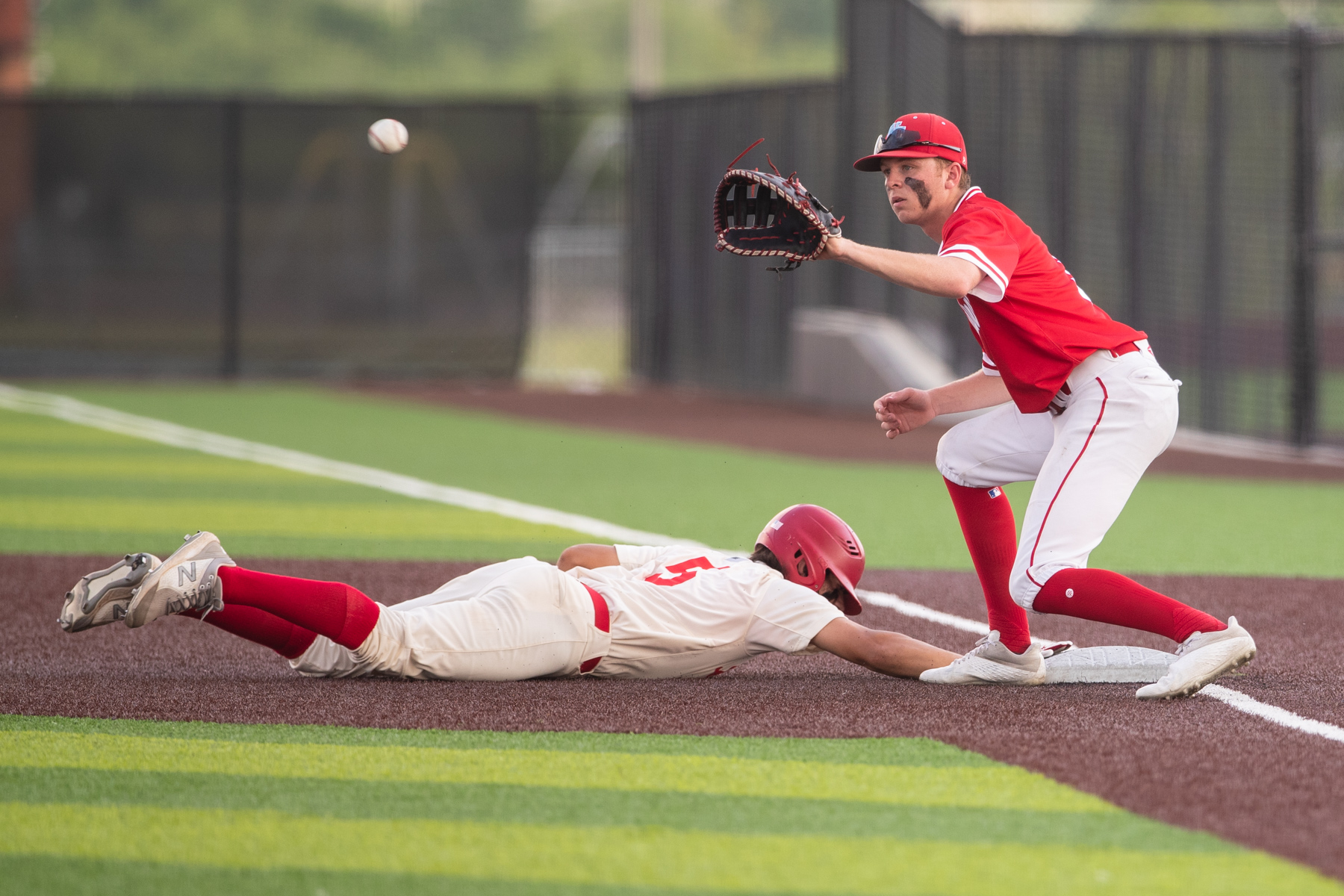 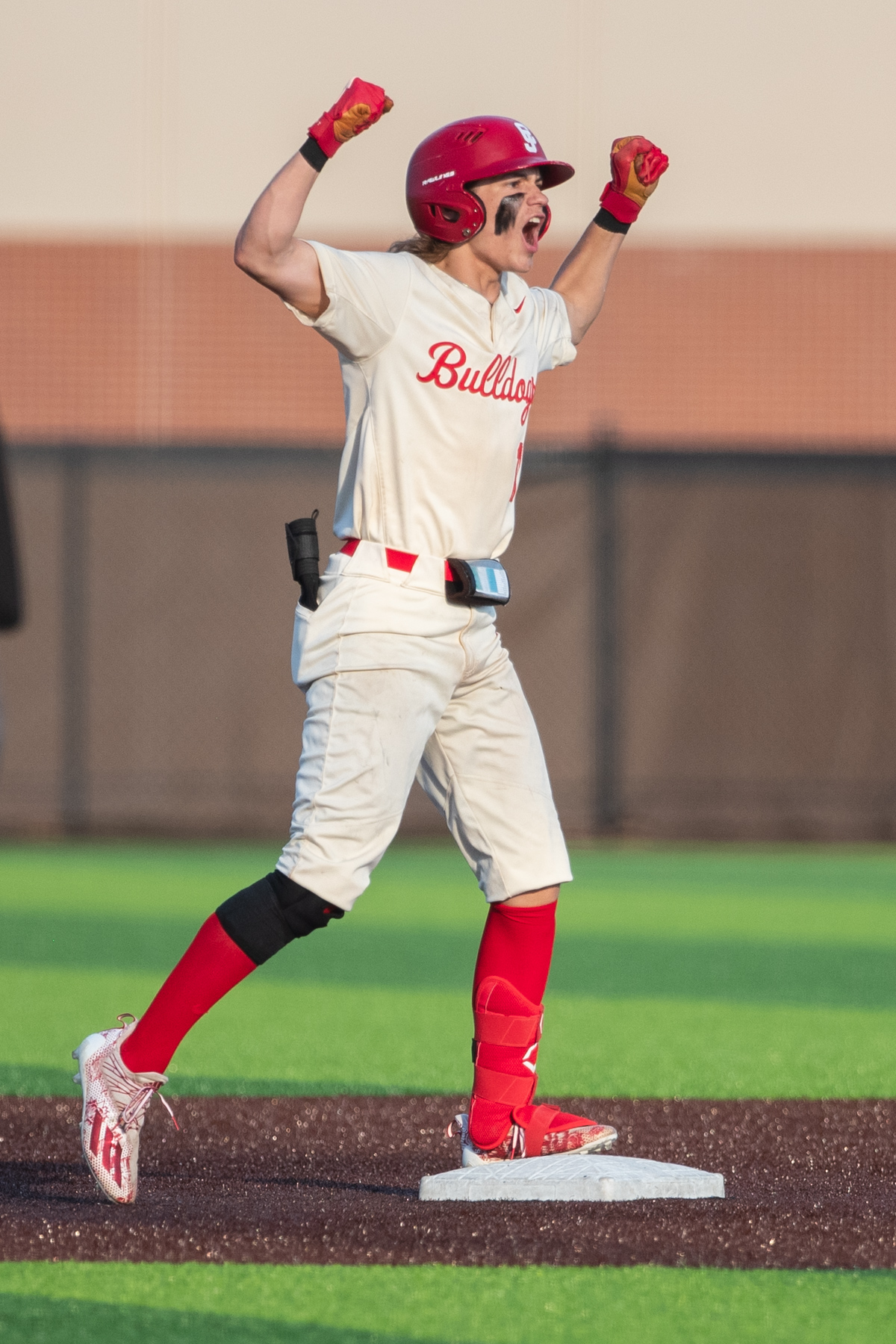